Westfalenstadion is a football stadium in Dortmund, North Rhine-Westphalia, Germany, which is the home of Borussia Dortmund. Officially called Signal Iduna Park for sponsorship reasons, the name derives from the former Prussian province of Westphalia.

The stadium is one of the most famous football stadiums in Europe and is renowned for its atmosphere. 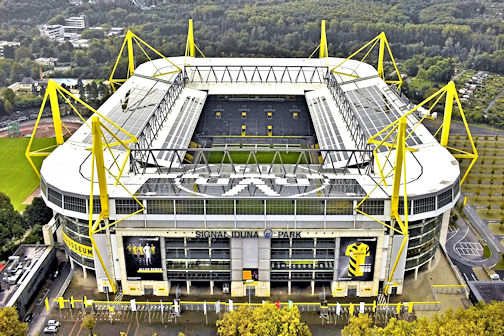 Keep up to date with our news and products Registerto receive our newsletters.

Keep up to date with our news and products
Register
to receive our newsletters.